Cooky Cat owes a lot of his inspiration to this little lady. She is his muse. Obviously. He has styled his wardrobe completely after her. She is nothing short of magic in the kitchen. It’s… Lily!
What would you expect from someone who combines such an inspired sense of eclecticism in her wardrobe, such keen intuition of basic science (witness how she knows what ears are for: they’re what to keep your cap in place, silly!), and how to use just the right tool for the job (evidence the rice paddle she is about to use to make a batch of sushi rice. Nice!) Come on, how many kids do you know that know from a rice paddle? Professionally she is spokesgirl for EMCO Products and right handmaiden to that other undisputed kitchen culinary creator, the great Emma!

Here she is with Emma at the EMCO annual meeting. Sales must have been down a bit that year. Emma is keeping a little to herself. Or, is she just cooking up yet another culinary breakthrough? But, soon, we hope.

In the kitchen Lily blazes her own trail into uncharted territory. She’s just a kid you say! But she’s not kidding.

What kid doesn’t like a kite. Who, in fact, doesn’t. Show me someone who doesn’t like a kite and I’ll show you someone who doesn’t know how to take a flight of fancy. But, fancy this. The lovely spectacles flying high above her in this photograph aren’t in fact kites at all. But her latest cutting edge culinary creation: flying food. So light, such eye appeal. When it’s dinner time, all mom has to do is send it up and the kids come running. The shapes too are inspired. Hey, little Georgy, want to have some dragon for dinner? (In reality it’s broccoli/spinach timbale à la dino.)

See those flowers prettily perched on her keppe? Think again. Edible flowers, thank you very much. And worn for those strolls in the woods when you want to travel light and you find yourself lost and feeling a little peckish. A picnic at the drop of a hat!
Miss Lily is not too proud either to leave the kitchen is good order. She does like to keep up appearances, though, even when doing chores.

Email ThisBlogThis!Share to TwitterShare to FacebookShare to Pinterest
Who Couldn’t Stand a Blast in the Kitchen 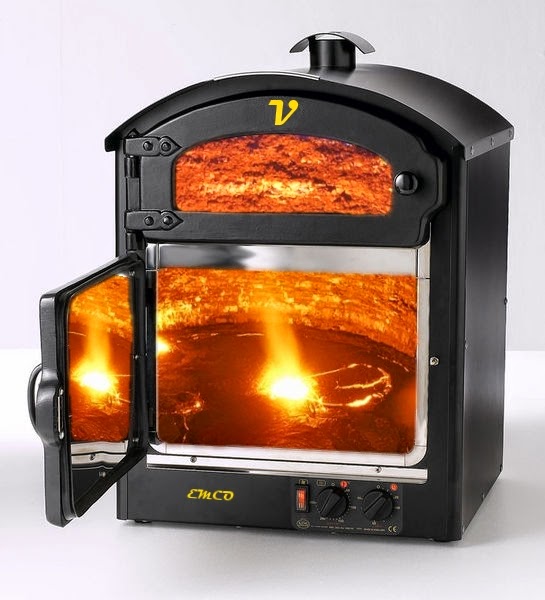 No doubt you’ve heard of sous-vide, the method of maintaining the integrity of the ingredients through the (very) slow cooking of foods sealed in airtight plastic bags in a water bath at controlled low temperatures.
If that sort of thing even appeals to you just as a good idea, then you have to hear about the next new trend. But, of couse, and as you might expect, along with the new theory and technique, there’s a new kitchen appliance that you will need to get the wonderful, unique scrumtialicious results.
But first a bit of background. From an early age the founder and director of EMCO Products, known simply as Emma, was a kitchen innovator. Here, just one of scores of examples. When she made mud pies, they were not your usual mud pies. No, but mud pies of distinction. Who knew mud could be formed into so many intricate shapes or be used with such textural finesse. Remember the Mud Bubble? That was hers. 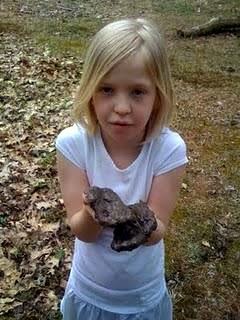 And, who has not heard of the Bucket of Mud, that surprising kiddy “cake” molded in a common galvanized bucket. It is served unmolded and at first looks like just what the name would suggest, a bucket of mud. 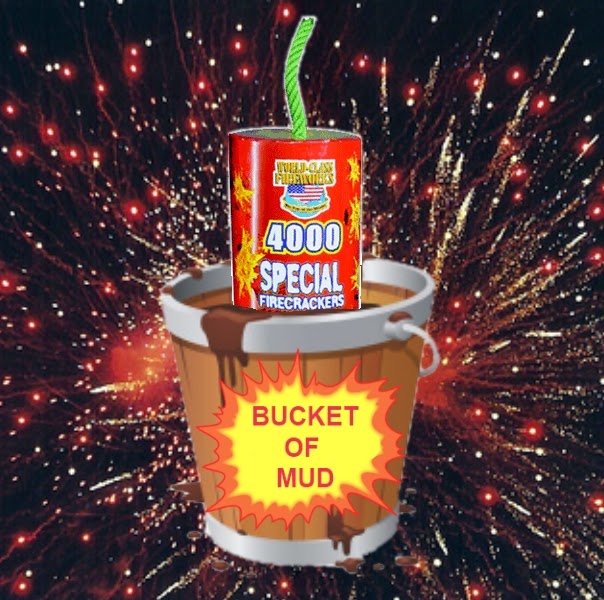 But this Bucket of Mud is studded with firecrackers for candles. When lit, the combined effect is to blast open the hard mud bucket shell and create an explosion of mud going in all directions. You could say that this dish literally flies off the plate. EMCO was founded on this first success and their Bucket of Mud Kit®™© is a best seller, available only at better kitchen supply shops internationally. In each kit you will find all you need: a bucket, 144 firecrackers, several plastic bibs, and a generous supply of wet naps. Mud is extra. 329 varieties available for every taste and for every pocketbook. Illegal in most states. They have a work around; just ask.
Not content to rest on her laurels, Emma—who by the way makes Martha Stewart look like a slacker, and makes Emeril’s “BAM!” sound more like a bing—is now introducing a product that no one should be without. And Cooky Cat has the scoop. (That is in no way a kitty litter related pun.) But, like a you-heard-it-here-first kind of thing.
Introducing the fusion of the culinary consciousness of creative genius and the unending struggle to bring good food to every home: “mud-vide”, and the accompanying indispensible Vulcomagic Kitchen Appliance®™©.
Where sous-vide is slow and low and controlled, mud-vide is fast and high and out of control. Not like anything in any kitchen before. We’re talking REALLY FAST! And REALLY HIGH! Kitchen Kaos! ®™©. In fact it breaks new records for QUICK in the kitchen.
The suspense must be almost too much to bear so we will now let you in on the secret of mud-vide. Well it’s pretty simple really. It boils down to this: if you want it fast you got to raise the heat. Everyboy knows that. But if you want it REALLY FAST! then you gotta have some HEAT! 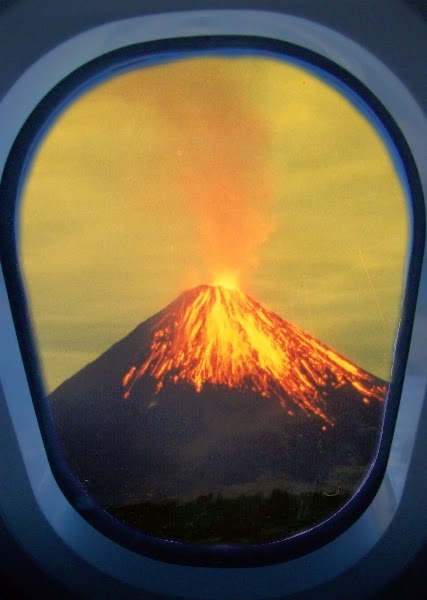 On one trip to the Big Island Emma was looking out the window of her private jet and wondered what it would be like to cook a steak from the afterburner of a jet engine. Quite a lot of money went down the tubes researching that approach. (And, by the way, Emma says you can’t have kitchen mitts long enough when you broil a steak on a jet engine.) But the genius of Emma prevailed. Why pin everything on a jet engine. They’re too big and bulky for most kitchens. The hint to the solution, the other shoe if you will—which in retrospect is only too obvious—is mud. But not just your everyday mud. Unless, of course you live in Hawaii. Then, your mud would be... drum roll please: molten lava. Yes, cooking with molten lava. It’s not so hard to understand when you learn that the EMCO mission statement and business plan is entirely built around ideas for products based on mud and explosively high levels of heat.
Before you shut down on reading further, this is FOR REAL! GOSH DANG IT! Just know that Oprah is on board and rumor has it she will soon be gifting her audience with the new Vulcomagic Kitchen Appliance®™©. In a variety of coordinated colors, stainless steel at a slightly higher price. 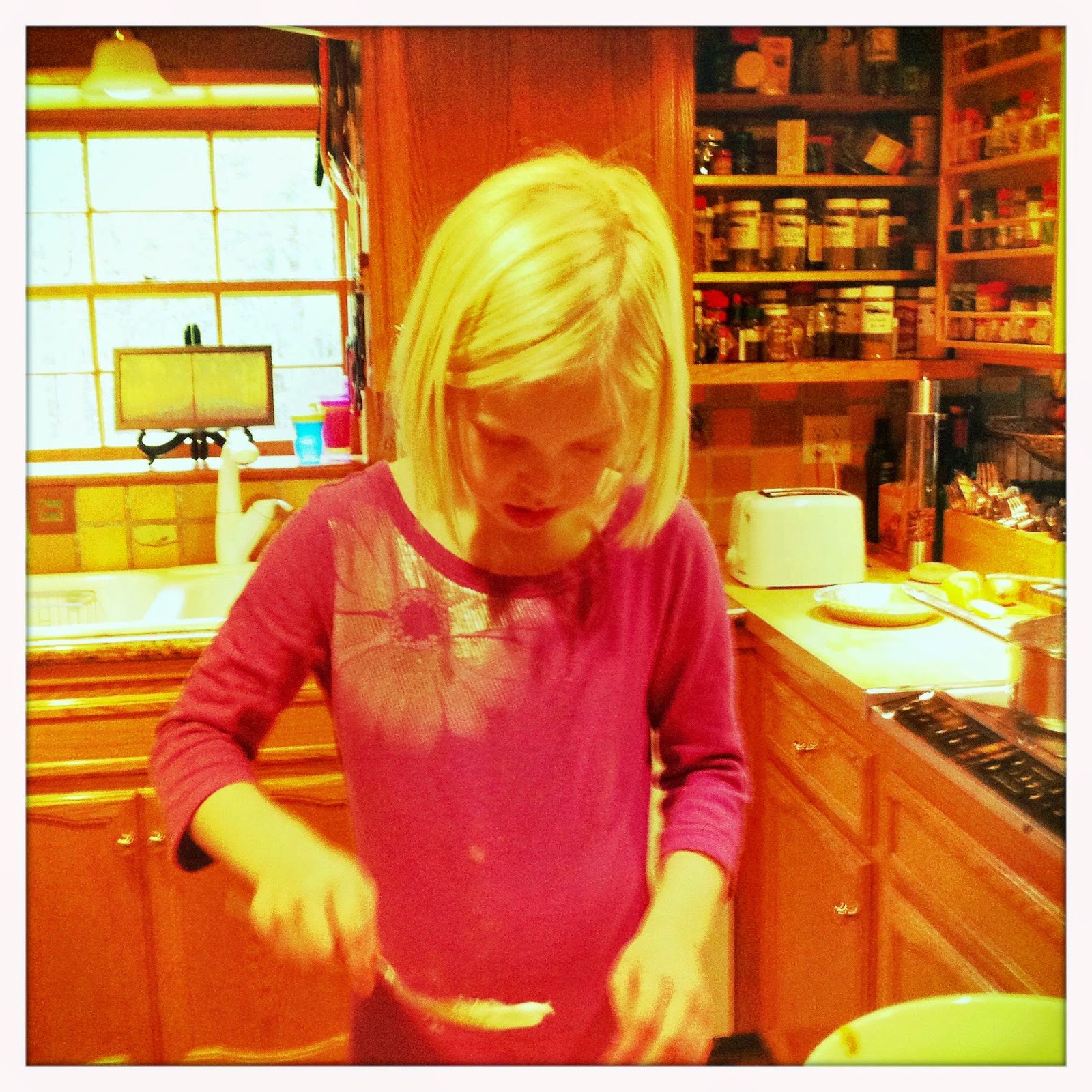 Get yours… NOW!  (Phone lines are open to take your orders for the one and only Vulcomagic Kitchen Appliance®™© from EMCO Products. ONE PER HOUSEHOLD! NO EXCEPTIONS!) 220V service needed. May increase insurance rates. Non-refundable.

Posted by David D. Wronski at 9:55 PM No comments:

Email ThisBlogThis!Share to TwitterShare to FacebookShare to Pinterest
By George!
He has been called the Euell Gibbons for the 21st Century.

For those who don't know, Euell Gibbons was an authority on wild food foraging and a leading proponent of natural foods. He gained popular fame as the spokeman for Grape Nuts cereal. Mr. Gibbons observed, "We live in a vastly complex society which has been able to provide us with a multitude of material things, and this is good, but people are beginning to suspect we have paid a high spiritual price for our plenty."
﻿
Not too well known, but TRUE: Cooky Cat introduced Mr. Gibbons to the cat tail! CC still winces, though, when he sees that Grape Nuts commercial and Euell Gibbons cutting a cat tail. Sure, Cooky Cat can be a cut up, but he's a sensitive New-Age guy and perrr-ty careful about his own tail. When foraging yourself, Cooky Cat says "make sure that you cut a cat tail, not a cat's tail."
Our George is many things: an outdoorsman, wild food forager, connoisseur of fresh/whole/local/seasonal. Proponent of the macrobiotic diet and sometime raw foodist. In his own words, "Keep it real. Peace and Love. Naturally." Mr. Natural is a close friend and mentor.

﻿
Here we see George himself on a recent trip into the hinterlands in search of the elusive wild catsup tree. His complete stable of can do, go anywhere vehicles makes him undeterred in the face of any obstacle.

The catsup tree is to catsup what the maple tree is to maple syrup. Similar process to produce, very labor intensive. Beats regular catsup by a mile. Cooky Cat had the opportunity, but only once—and purely by accident when he unsuspectingly sidled up to a catsup tree for a stretch and a scratch. Anyhow, he claims it was the cat's meow.
Posted by David D. Wronski at 1:07 PM No comments:

Email ThisBlogThis!Share to TwitterShare to FacebookShare to Pinterest
Our Muse 2.

Look out McDonalds. Introducing Lily's Rainbow Cafe. If you don't have one in your neighborhood, call the Customer Service Department at EMCO Products for a location near you. Also, for details and a qualification application for a lucrative franchising opportunity.
Lily's Rainbow Cafe stands for the highest quality in every aspect of its operation. You can expect to get only the best. Admittedly, simple fare; but, hey, do you really think that everything is really so tip top at one of those 5-page menu places? A restuarant that keeps a half dozen of everything in every variety is not a place where you want to take of back of the house tour.

Potential franchisees are fully vetted; only the very best and righteous individuals will be considered as affiliates.