We were introduced to Aquavit at the venerable Stockholm Restaurant in New York City. It was famous for its world class smörgåsbord, both hot and cold tables stacked high to overhead with everything you could imagine. 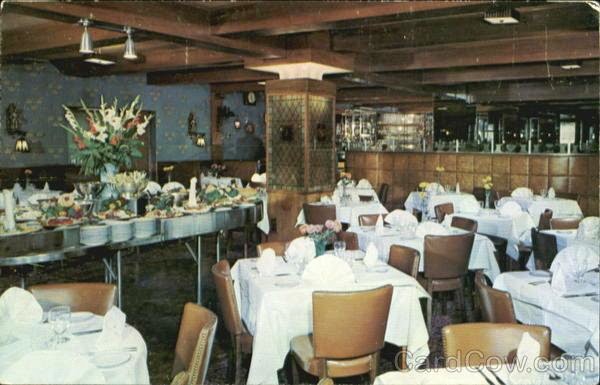 And, waiters always at the ready to refill your pony glass from bottles of syrupy, ice cold Aquavit encased in one inch thick ice collars. And, as is the custom, to chase each skol down with a gulp of Carlsberg Elephant Lager. 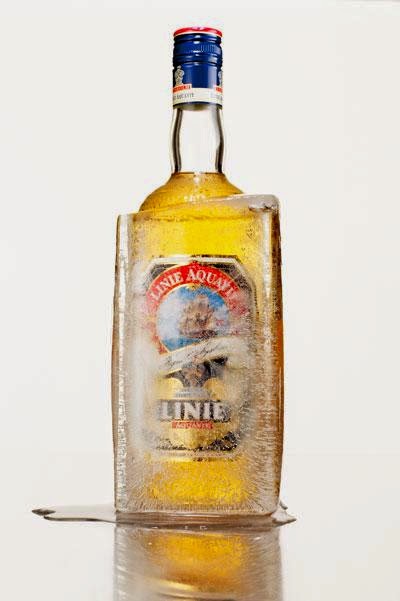 Ever since, we have had a fondness for a nip of Aquavit. As an apéritif with some savory nibbles or in an Aquavit Bloddy Mary or Martini. And, when it comes to Aquavit, we recommend Linie Aquavit. Here’s what Saveur Magazine has to say, December 24, 2011 from its Top 100 Issue:

Linie is the smoothest, richest aquavit we've ever sipped. Distilled from potatoes, with a robust caraway flavor, it's aged, per Norwegian law, in oak. But the Oslo-based makers of Linie take it even farther—literally—by sending their casks off in the holds of ships, on a 19-week voyage that crosses the equator twice. Along the way, the spirit sloshes around with the movement of the waves, and the barrels—formerly used to store sherry—swell and contract in extremes of heat and humidity, imparting the character of the wood and polishing the flavor, so that the gold-hued liquor tastes rounder and nuttier. While many aquavits overwhelm in cocktails, Linie mixes beautifully, providing a layer of deep, warm, woodsy spice.

Here is the Linie Aquavit TV advertisement that tells the whole story . . .

BONUS SPECIAL: Since we’re on a Viking quest, perhaps you might want to know about the monthly luncheon at the Norwegian Seaman’s Church on East 52nd Street in New York City. Once a month (except some of the mid-year months) they host a buffet of homemade Norwegian specialty foods in the beautiful church building dining hall. The hosts are warm and hospitable, if somewhat reserved. The food is delicious, with both hot and cold tables; and of course, too many choices. Dress nicely; this is a conservative and respectful place. Wonderful people go there. Last time we went they were also hosting a show by a native Norwegian artist.