We like to explore foods from all the world's cuisines. As you probably know there is a demimonde of foodies who go to extraordinary lengths to find the rare, unusual, obscure, and down right outrageous. Andrew Zimmerman is well known from his Travel Channel show, "Bizarre Foods". In an absolute class of one is the peerless, peripatetic, perspicacious, punctilious, and perfectly purple Baron Ambrosia.

My kitty buddy Cooky Cat tends to go far afield culinarily, and so do I. But not quite so assiduously as the aforementioned gentlemen.

Not so long ago shopping in a grocery store catering to Island tastes, we met a very friendly Jamaican lady, Rosalee, and asked her about Cow Foot, a well known dish in the Jamaican cuisine. I am unabashed in approaching other shoppers in stores selling foods of other nations, often asking for how-to suggestions. In semi-jest I asked our Rosalee whether she might make some Cow Foot for us. And, she said, YES! Of, course. "I call you." After several months passed she finally called. Apparently she had mislaid my telephone number, but she found it and was true to her word. Cow Foot with butter beans and spinners (hand rolled thin wheat flour dumplings). Delicioso.

We got along nicely at that dinner and were invited back again for something else, whatever we liked. Our next selection was braised oxtails, also served with spinners. Also, delicioso. At that recent get together we were treated to Stone's Ginger Wine. A fortified wine sweet from macerated raisins with a good ginger kick. 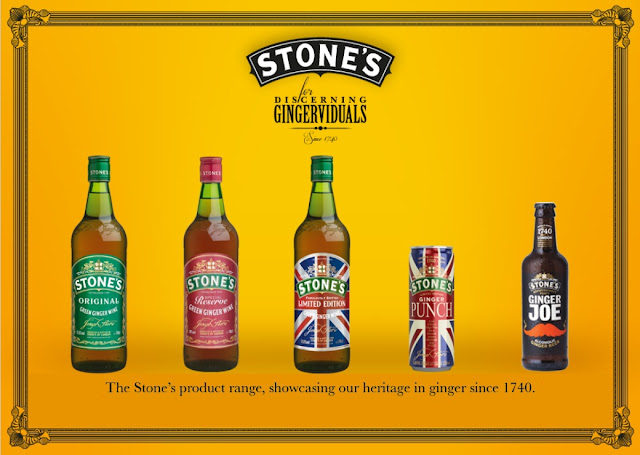 Rosalee's husband George was also there at each of our dinners. He's been a career chef at a resort hotel in Jamaica. He is expert in the island's culinary repertoire, from preparation to foraging.

In our conversation about food, and the foods of Jamaica, George trotted out something we hadn't heard about before. Power Water.

Power water is also called Mannish Soup or Goat Head soup. It's called Power Water because it give you the power, mon. A reputation as an aphrodisiac. Front end lifter, if you know the term. It put "the bark in the bite". "Make your daughter walk and talk."

That's right, it's made with the head of a goat; the male ram goat head is best, more strength. Also, throw in the feet and the stomach.

My research turned up the fact that Power Water is a traditional soup served at large gatherings. It is usually cooked outdoors in large quantities over a wood fire. It has healthful and strengthening properties. Jamaicans have a big reputation for their understanding of the healthful properties of foods. Also, plain talk. It good for you, mon. Ladies give it their men to make them more "mannish". So fellas, if the "little lady" is cooking up some Power Water for you tonight, take it as a hint; you can be sure you'll be getting lucky later.

Here is a good recipe for Power Water.

We're already planning our next visit with Rosalee and George. The menu plan is Ackee and Saltfish (Bacalao / Salt Cod), Jamaica's national breakfast dish. Maybe with some Coat of Arms on the side, THE national dish. The latter is a recipe centered on rice and beans (peas). Here's a good source for the basics of Jamaican ingredients. 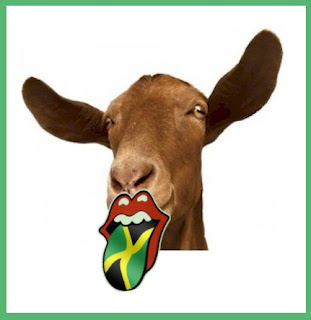 "Angie" is a featured song. It's there below to play.

But first, there's the excellent Pluto Shervington and his "Ram Goat Liver".

Posted by David D. Wronski at 3:31 PM No comments: