Let's Have a Chaat 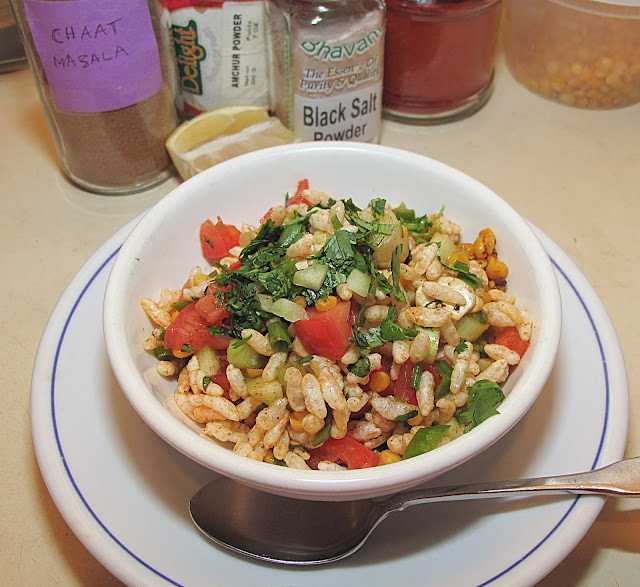 Chaat is a very popular snack in India and thereabouts. Also, sometimes for breakfast.

The delicious example theretowith in the photo above is the creation — from scratch, mind you — of our dear friend and muse, one Michele T. Fillion of Montclair, New Jersey; and, thereabouts.

Chaat appeals to this Cat in terms of its variety. It's as varied as the culture of the Subcontinent itself. If you want to know what's in it, better to make of list of what's not in it.

In terms of what it is, imagine crispy, crunchy, spicy, tangy all mélanged together. There are five essential components [per Bon Appétit Magazine].

1. A crispy base of fried dough, or something like puffed Rice, or leftover fried foods like Samosas and Pakoras.

2. A tangy sauce of yogurt and/or chutney.

4. Texturey from diced raw and/or cooked vegetables like Onions, Tomatoes, and/or Potatoes.

But, just to confuse the issue further, Chaat might just be anything you want to mix together in a bowl. Like fruits and/or vegetables.

[Notice the liberal use of "and/or". As a way of intimating that, with Chaat ... anything seems to go.]


Or, if all that is too much fuss for your first time with Chaat, go to your neighborhood Indian food store and get some packaged Chaat Masala.

Here's a video showing a restaurant Chaat Bar. Watch it to grok the variety. It'll thoroughly confuse you if you don't know from Indian foods and ingredients. And, maybe it'll still confuse you, even if you do ...

Posted by David D. Wronski at 9:08 AM No comments: 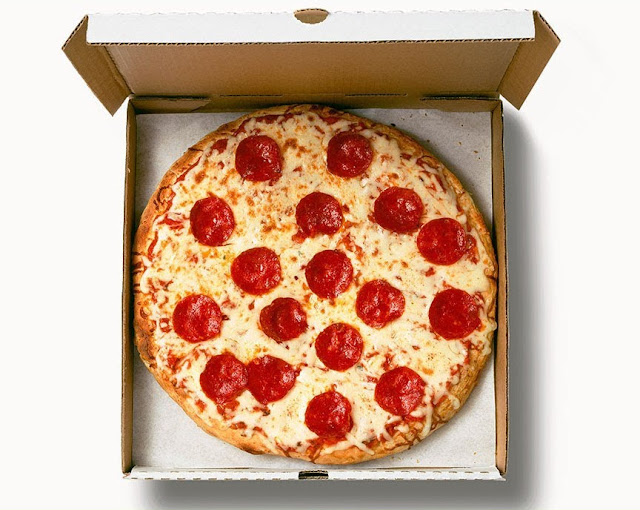 One thing that has been my touchstone on the material plane: Pizza Pie. In fact, I love Pizza so much, I have undertaken a separate quest to discover and share the perfect Pizza recipe. Read that here.

Now I live in New Jersey — where Pizza Parlors are as ubiquitous as Taquerias* in Phoenix.

* [Funny thing, though. A Taqueria has just opened a block away from my house. Could it be a harbinger of an "invasion". But, let's not get into the current tendency to create word wars over verbalizations; especially so when we are raging progressives hard wired to oppose the current administration (Trump!) at any and all turns.]

So the perennial question regarding the trusty Pizza Pie is this:

How come when it's round it comes in a square box, and cut into triangle slices? Really! How come?

Here we leave the world of concepts and verbal constructions. Merely gaze at the image with the revealed mystical insight and realize the ineffable TRUTH within yourself! 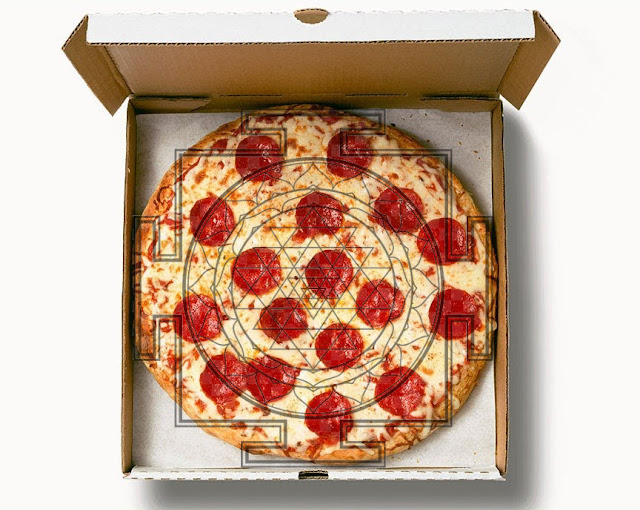 Posted by David D. Wronski at 5:24 AM No comments: