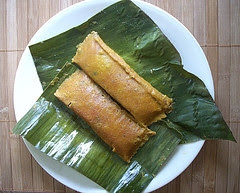 Once we were just north of Cheyenne Wyoming and in the middle of nowhere was this fireworks stand. Big flat front from the road with lights and bright colors, traditional buckeye yellow and big red lettering. Go through the door and you are really in a trailer.

We weren't really in the market for fireworks, though the boy in us is always in the market. The image of that big black cat on the front of the shop was a draw. Catnip to Cooky Cat. Since it was October naturally we wondered how come the shop was open “out of season”. We were brought up real quick to find out that “Fireworks aren’t just for the 4th of July. They’re for anytime you want to celebrate life.” The natural comeback was to crack wise about how self-serving that remark was; but the gun in the holster on the fellow’s hip said, “let’s be friends”. 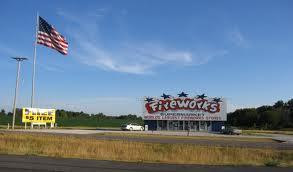 It’s the same with Pasteles Puertorriqueños. As you will see across the four instructional videos, it is traditional to make enough for the entire neighborhood during a certain annual holiday. The Mexicans make their Tamales en masse at that time also. (Let’s hold off the discovery of what is the holiday; you will just have to watch the wonderful, love filled videos which lay out the recipe in detail. It’s worth the postponed discovery.)

Pasteles and Mexican Tamales are related, in spirit. The Mexican recipe calls for a Masa Harina, (ground corn hominy); the Puerto Rican version is made with a Masa of assorted starchy ingredients.

We say: Pasteles Puertorriqueños are for anytime you want to celebrate good eats. Also, as you will see in the instructionals, anytime you have a lot of time and patience. You can enlist grand dad, however, and cut your work load in half. You can enlist the whole fam damily, in fact, and make it into a celebration of life. Shoot off some fireworks if you dare.

The only thing we would add to the recipe shown in the videos is to wrap the Pasteles in paper and a square section of plantain/banana leaf (the paper goes outermost). Also, for the fat(s) used in the recipe you may want to consider some portion as lard. Not the bland store bought brick, but home made from pork scraps or from a good butcher shop that makes its own. That would typically be like a Polish store that makes a lot of sausage and other cold cuts.

Also, at some point if you are actually going to take the Pastele plunge you have to decide how you’re going to transform the veggies into a Masa. The clear message from the traditional makers of this little dainty is to go it by hand with a box grater. There is a certain texture you are going for and the hand box grater is still peerless. If you think that is a bit of work, take a look at Don Rivera in the video. He is a model of patience. And a model—as is the entire Familia Rivera—of how family bonds are renewed and enriched with everybody giving a hand in the preparation of meals at home.

We are inclined to look into a grinding blade for the trusty food processor. But, we advise, do the box grater thing first. Pasteles are delicious, if a bit labor intensive. Unless it’s in your blood, you probably won’t be making them often anyway. (But, if you do, then you can look further and get a special Pastele Masa machine that will wholesale mass quantities at the touch of a button.)

Lastly, we want to mention an ingredient that in indispensable for Pasteles. Annatto, also called Achiote in Spanish. It is used to impart color and flavor. It has many other uses and every proper kitchen should have it on hand. Think, Spanish Rice. Or, when you don’t want to spring for the saffron.

If you don’t think you are familiar with it, think again. Maybe not by name, but Annatto is what is used to make your Cheddar cheese so cheesily yellow. If you used margarine in times past, you will remember that the stuff itself was a bland white. It came packed with a dollop of annatto coloring to mix in to give it the pale yellow look of butter. Anyone remember?

If you are not yet convinced that Achiote is something that you should run right out and purchase, here is what the lovely and great Daisy Martinez says about achiote oil: “SUNSET IN A BOWL.”

Also, pay attention there is a cleavage shot coming along, so watch for it. It spices things up a bit. It's not that naughty. After all, mama kept it in the video.

Nota Bene: There is a secret ingredient in the recipe. See if you can find it. HINT: It's more spiritual in its nature. Share it in the comments block below.