Where Do You Find the Perfect Omelette?

(Madame Romaine is Spinning in Her Grave) 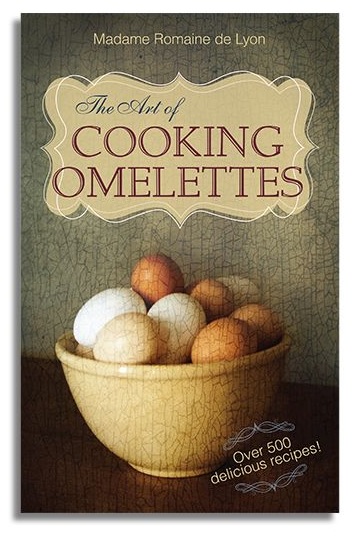 We are just about to give it up for getting a decent Omelette at a diner. Really! Just who do you have to "you know what to" to get a proper Omelette around town. Make that, any town.

Let's jump the shark on this. If you want a good Omelette ... make it at home. There are doubtless many restaurants which do a great job. But, you'll have to search. Best suggestion: Go to a pricey joint. But, why would you go to a swell spot for an Omelette? Unless, of course, it's Madame Romaine de Lyon. But, you can't, since it's shuttered after 65 years in La Grande Pomme (the Big Apple).

In fact, we assert that a decent Omelette, or even a "good" one, is not nearly enough. Our tastes and expectations have been lowered too far and too long. It is time to expect our Omelette to be nothing short of perfect. Every time.

Despite years of plotting and scheming for new ways to tell all those wait staffers how we like our Omelette — “lightly done”, “under done”, “soft”, “moist”, or the rather crude “wet” — it always comes out overdone, folded like a thin dry Crepe. (Maybe some Wall Street wise guy could come up with some derivative instrument for Omelette futures. If your broker calls, here’s a tip: sell short.)

By “diner” we’re talking about the kind of place that is open almost around the clock, originally set up in that iconic old train passenger car; or looking like that, or like that but on steroids with enough chrome on the outside to be visible from outer space. Of course there are store front operations. Think, two, three, four, even five “Guys” or “Brothers”. Always Greek owned. Father Wronski used to always remark that the Greeks were the best cooks. Omelets, sorry pop.

If it is a “diner”, by default expect a lousy Omelette. No matter how we parse it, the thing always comes out of the diner kitchen looking like a folded napkin. And just about as dry.

We are not content to let the matter rest. The solution for next time will be to order our Omelette “like you would be making soft scrambled eggs.” Maybe that will get it right. And, also, maybe it will inadvertently cause some diner cook to reconsider the Omelette. If we all went out and ordered our diner Omelette that way, maybe there would be a sea change and then all you would have to do from then on is just say as in times of yore, “I'll have an Omelette”. Maybe this is the beginning of our own Occupy the Omelette movement? ARE YOU WITH ME?

THIS JUST IN: We tried a new, so-called up market type restaurant in town for breakfast recently instead of the default in-town diner. Noticing the Omelette ($7.95) on the menu I asked the critical (so I thought) question: are the Omelettes done in a pan or on a flat top grill. I was assured they were done in a pan. Sounds good.

The problem with most omelets, especially in diners, is that they are prepared on a flat top and spread out all thin. A pan is de regueur. What could go wrong? Additionally, I spotted the "Chorizo Scramble" ($8.95) and asked for that, but cooked as an omelet. Now, an omelet is mainly a fast scramble let to settle a bit (Classic French) or longer (Country French Style) to form a bit of a seal, then folded over a few times with or without a filling. First, the waitress informed me it would be extra for the Chorizo Scramble to be done in an omelet. She pulled out $2.00, from you know where. Really! But I saw her raise, and called. Let's do it. $10.95 for an omelet, you would expect something special.

Out came a thin crepe-like egg thingy folded over 3-4 times with micro bits of chorizo sausage which were done to a hard dry dense chewiness. It did look like a flat top treatment. [It's probably because of heath safety concerns that most places overcook their eggs.] We called the waitress to protest. But, as she unsmilingly hovered near me, I unwrapped the joint and lo and behold, yes it was done in a pan. But, flat top style. A full ten inch circle of tough-done egg you could unfold and hold up to the light; which I did. Well done, and you could have played Frisby. Never mind that I asked for the thing to be not too well done. The straight faced waitress stressed it was a classic French omelet. Yah, and I'm the Queen of Romania! As my dining partner observed, that was the kind of place you have to adapt to, not the other way around. Even in a search, images of their omelets look exactly like the one I was proffered.  Was assured when I left without taking another bite that everybody liked their food. We kindly assured her that we were content to let everyone continue that way. You can't fight ignorance. To screw with her, we left a 20% tip.


In case you get the idea that we don’t know from Omelets, for some of a certain age and a certain place, let us recall the eponymous Madame Romaine de Lyon restaurant in Manhattan. The menu was something like 6 or more pages offering reportedly 500 omelet variations. The top of the line, with caviar. Also, to mention the nonpareil salad served there in simple thin French clear glass bowls. And, those lovely French waitresses . . . Woof! We could not help but to flirt with them every time. 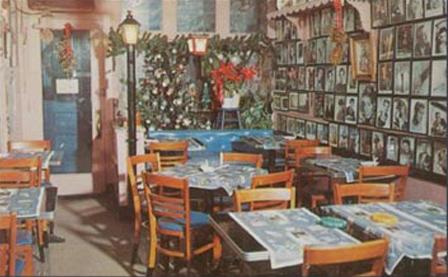 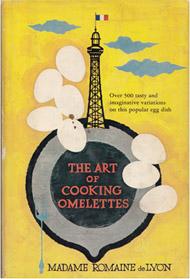 The other definitive place for a Classic Omelette in our opinion was the Brasserie (since 1959) on 53rd Street and Park Avenue in New York City in the Seagram Building. Our buddy David Wronski when he was arriviste to NYC used to order the Gruyere Omelette, or the Fines Herbes version many a time for his solo bachelor dinners.

The Brasserie was such a great spot. When you arrived and entered you had an unobstructed view of the large high ceiling room. Then, to descend a short flight of wide comfortable stairs. See and be seen. An experience in itself. Back in the day it used to open 24 hours with all sorts of folks from around town and around the world. Très Chic. The food had always been tops; it’s kitchen rubbed shoulders with the Four Seasons’ after all.

( I had always recommended to visitors to Manhattan an early morning walk from Brooklyn across the Brooklyn Bridge, cab up to the Brasserie. Definitely a top tier NYC experience.)

By now you are either calling a taxi to go to the Brasserie [Don't. Alas, it's no more.], or you are thinking of whipping up an Omelette yourself. Don’t hesitate to tackle this seemingly impossible task at home..

Here is Jacques Pepin on the proper (definitive) Omelette, in both the Country and the Classic styles. Truly awesome.

(As you watch the Master at work, notice the glass bowl. It's the French one Madame used for serving her salads.)

Posted by David D. Wronski at 8:47 PM No comments: