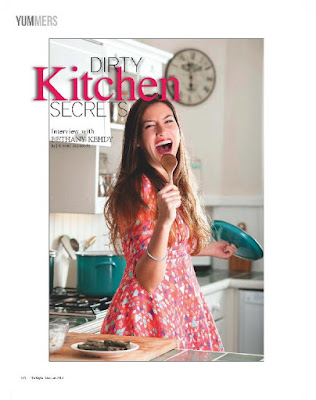 [Word to the wise on that latter point. DO NOT substitute — EVER! — anise oil for vanilla. Even if you confessed, it would be noted. Just don't.]

Things go on in the kitchen. Or, in the example we're sharing, near the kitchen.Things that should not be discussed with the guests. Even the family. Things, even, that should be put out of mind forever. Just what is in the "secret sauce" the cook keeps bragging about?

A story to elucidate the point:

A Grand Lady and proud Daughter of the American Revolution, whom I once had the honor to call my mother in law, told this story. All guest were seated for the Thanksgiving feast in the dining room awaiting the what promised to be a splendid roasted Turkey to arrive from the kitchen. On cue the cook appeared from the kitchen through the swinging door, and forthwith dropped the masterpiece right onto the floor. Without a pause the hostess simply instructed to, "Take that one back to the kitchen and, [wait for it] ... bring out the other one".

That is how it's done.

As my sainted mother herself would so often say, "No one's the wiser."

This is not to encourage mistakes or, heaven forbid!, sloppiness in the kitchen. Like I said ... things will happen.
Posted by David D. Wronski at 8:57 PM No comments: