*Pączkied Out: As in, "We have had a sufficiency, any more would be a super abundance." 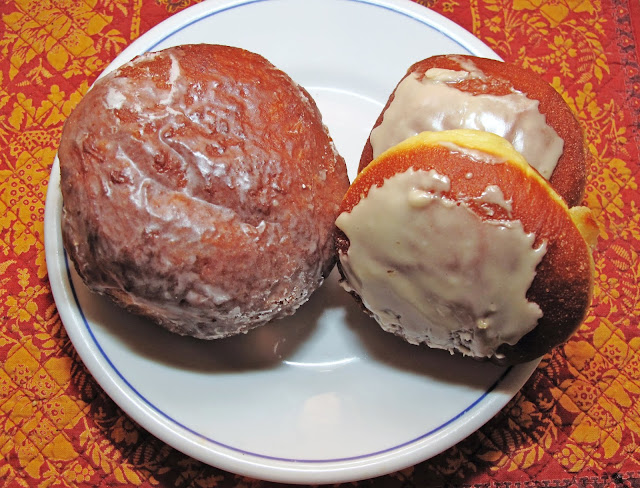 {What follows (and ... follows ... and follows) comes from one David D. Wronski. He's infamous for Wronski's Wramblings website. To say he wrambles, is perhaps even putting it too mildly. He does. But, bear with him. He'll get you there. Enjoy the scenic route.}

Pączki Day, if you look at your calendar, is always marked on the Thursday before the beginning of Lent on Ash Wednesday, which starts next week on March 6.

It's funny to reminisce to my grade school days at the Immaculate Conception School in the now disappeared section of Detroit called Poletown. I looked forward to Pączki Day every year. Just never had it put together that it was a feasting treat prior to Lent. Only figured that one out later in my adult years. Much later. My Lady suggested that my Catholic education may have had some shortcomings. Ouch!

Well, by now you may be asking just what are Pączki. That's a plural word. The singular is Pączek. Pronounced respectively "Poonchkey", and "Pooncheck".

In the name of Jesus The Most Holy and Precious Redeemer of All Humanity Past, Present, and Future, you say ... what is it!!!

Pączki are jelly filled Donuts. But, don't call them jelly Donuts. Pączki are, well, Pączki. It really doesn't translate. It's a thing apart.

They are available year round at any self respecting Polish Bakery. But, on Fat Thursday it's, well, a thing unto itself. Just like on Fat Tuesday before Lent, the idea is to feast, feast, feast before the Lenten abstinence.

Pączki are made of all the good things. Fine flour, eggs, delectable jellies, sweet frostings.

When I was in high school I had a job at my Polish Uncle Phil's Nortown Bakery in Detroit. I would faithfully show up after school on Fridays, and work round the clock until around 6 in the morning. The last task was to assist with the frying of the Pączki.

Once the baker to impress the green teenager that I was spit into the large oil vat to test for temperature. Then, after the hot, hot oil destroyed all his cooties, he would lower in a wire rack loaded with three or so dozen proofed circles of dough. Flip each one with a long wood stick to fry both sides; then lift out and set aside to cool. For the big Saturday selling day we regularly made something like maybe twelve dozen in total. Two trays each filled with Raspberry jelly and Prune [Powidla] Butter, and a tray of Bavarian Cream.

After the donuts were fried my job was to transform them into Pączki. That meant sticking each one onto the injector tip of a dispenser and giving a generous squirt of filling. We added the jelly after frying. Others, as you will see if you read on, are made with the jelly fried-in. I liked lots of filling, so I was very generous with that. Next a plop into a large bowl of hot, hot icing. Ouch, ouch on the fingertips. Then on to a rack for the day's selling. 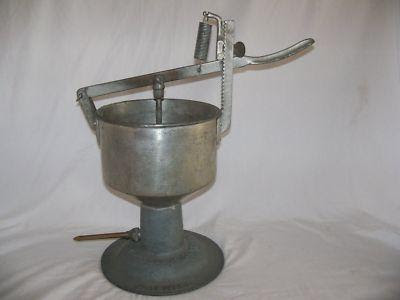 Just today I remembered, as much as I adored Pączki, it never occurred to me to take some home with me at the end of my work period. Probably because my senses were so filled with the aromas of baking I couldn't even imagine actually eating any baked goods.

We set off mid-morning to get some Pączki. At the mecca of such things, Polonia Bakery in Passaic, New Jersey. It's heavily Hispanic there, with Polish mixed in for a true melting pot melange. I went in to buy a half dozen Pączki and a loaf of their most excellent sour dough Rye Bread. The customer space measures something like 12 X 12 feet. In the line ahead of me were no less than 24 people, and the line had to spiral inwards to fit everyone in.

While on line I shared with my fellow shoppers that Olde Polish saying, "You would have to be Polish to wait on line for a jelly Donut."

While waiting there I noticed what seemed like 36 flat pastry boxes each holding two dozen Pączki. On each box was marked, "LOT". First thought: yes, that is a lot! Second thought, maybe for the Polish LOT Airline.

Eventually someone came in to take those boxes away. I asked the gentleman helping with those boxes about where they were going. "New York City." Later I asked him where in NYC; "Lot Airlines." Not too shabby a guess on my part, I guess.

As you can see from the photo at the head of this piece, the Polonia Bakery Pączki are those on the right. Smallish, always filled with Prune Butter fried-in; and topped with a white, Orange zest flecked glaze. Most delectable and delicious in the whole wide world.

There's another type of Pączki. Much larger than from Polonia Bakery.

We decided to go to another bakery a few clicks away. Pieklo Bakery in Garfield, New Jersey. This time Michele went in to buy a few of their Pączki. Waiting in line a long time might be a traditional part of the Pączki Day experience. After a 45 minute wait Michele came out smiling with a box of three, Blueberry filled.

The store staff spoke only Polish. Michele got someone to translate. "Who wants Blueberry?" Michele called me from inside the shop and I said to go for the red [Raspberry] filled. It turns out that with some more translation Michele learned that the Raspberry and Rose jelly Pączki would take another 20 minutes. They were a bit behind the eight ball at Pielko. The line was already about 24 deep when Michele went there. So, we settled for Blueberry.

It's the first time in my life that I ate a Pączek warm, almost hot, from the fryer. Delicious. When it comes to Pączki, the motto should always be "best when fresh". By late afternoon they turn to dry, spongy rocks. Not good.

While I was waiting for my Pączki to arrive in a prime spot right at the entrance to the bakery, I had a Babcha sighting.

Babcha is the affectionate name for a Polish Grandmother. This one was de rigueur short and fat. Walking with a natural stick cane, and wearing a Babushka. I have not seen a woman wearing a Babushka in I don't know how long. It's a large scarf — her's with a floral print — draped over the head and tied under the chin. In my Polish neighborhood youth it was so common a thing to see, you didn't even notice.

Here's a Babcha we would all recognize wearing her Babushka. Hermes, probably. Not too shabby. 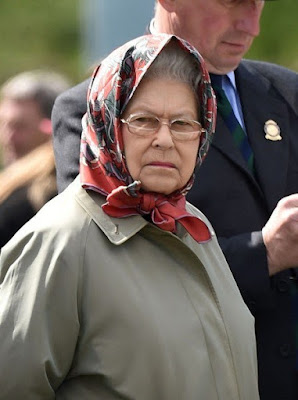 CLICK to read a priorly written companion piece on the Pączki ...