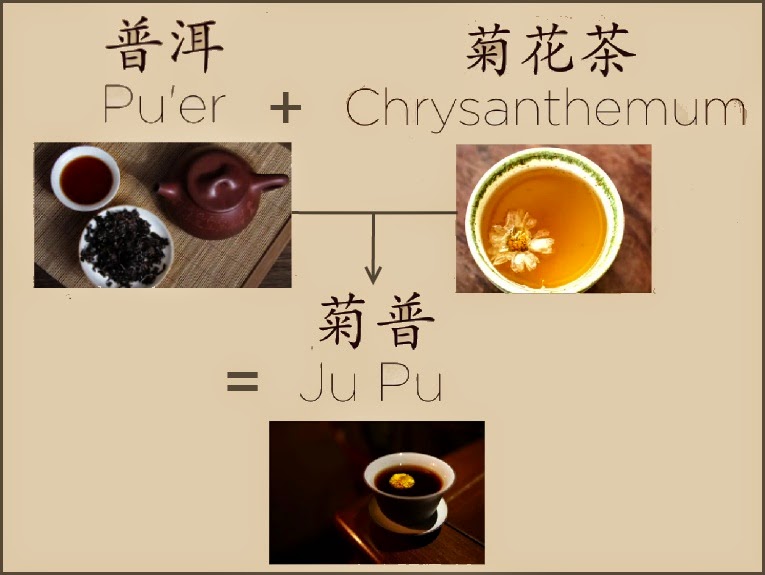 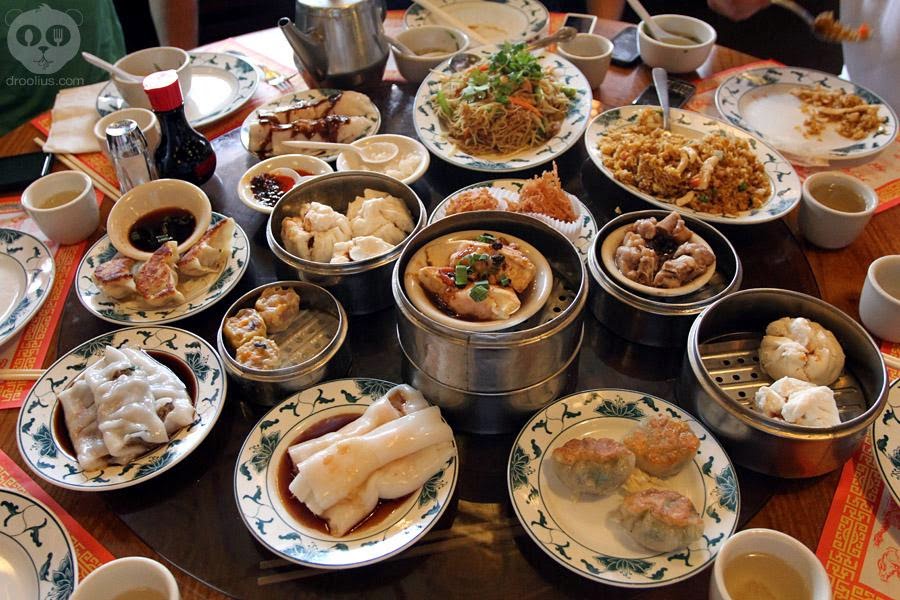 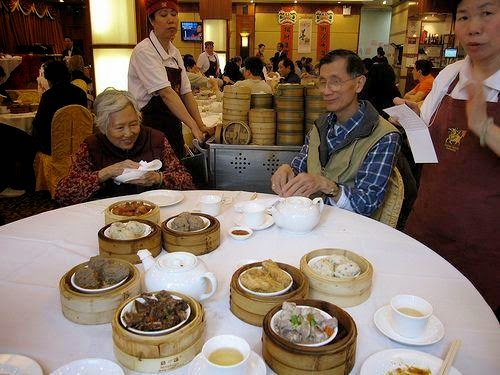 When this Cat is referrin to Dim Sum, he not talkin bout those few menu entries you see under the appetizer section on most Chinese restaurant menus. We speak of the real deal.

Find yourself some weekend morning at a proper Chinese restaurant. That be one where lots of Chinese folk go. Not, certainly, any one of those ubiquitous holes in the wall where all you have to do to cook there be of Chinese descent. But, the real deal. If you don't know of any, just follow your nose. Google will show the way.

Dim Sum as we generally know it is a moving feast — literally — usually served on weekend mornings in some Chinese restaurants. Really goin concerns in major metropolitan China Towns will have it every morning.

You are seated at a table, very likely after a bit of a wait — and, don't be shy if you happen to be given a place at a very large round table with many other diners you may not know. The vibe is hospitable; but not all like let's get to know each other, and what's your favorite color. Mind your own business. OK? — and food cart after food cart will parade by driven usually by women hawking their wares. They can be rather brusque, even brusk. 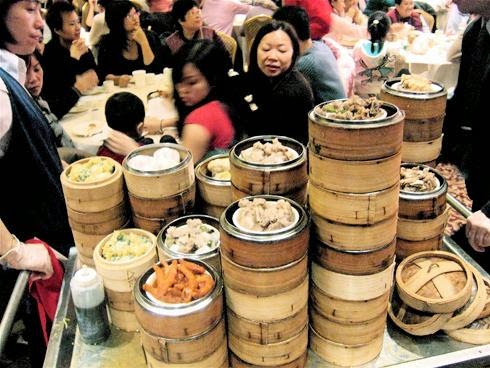 The female servers will be speaking Chinese, in a near sing-song voice style. They can be rather assertive, so don't be intimidated. Especially if you are of the round-eye persuasion. They will play your (presumed?) ignorance and way too soon after you just sat down you will have a pile of food on you table. Order the more exotic, though, and they will light up like a Chinese New Year celebration. Tripe does it every time. Chicken Feet, too.

Pace yourself. What goes around, comes around. That there literally must've been coined by someone at a Dim Sum Parlour. Do a little homework before you go. Also, select
what attracts your eye. Do experiment. It's all good! Another one of those catch phrases from some Dim Sum. "Some" Dim Sum. Nice, huh? If you are the sort that sniffs at things new, maybe go with an initiated friend. Or, don't go, and just stick to pop tarts or EggMcMuffins. 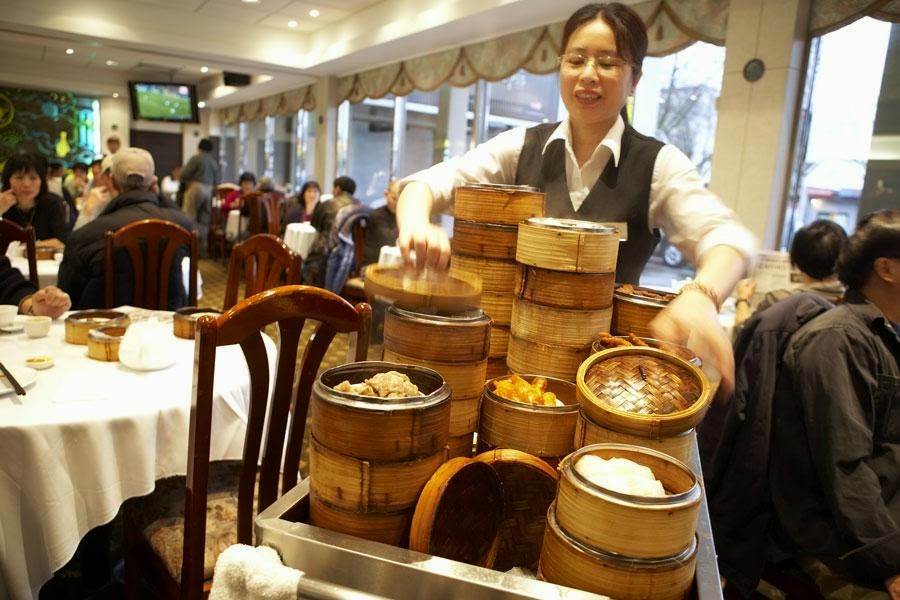 Those carts just mentioned. All manner of savories and sweets. Small portions on small plates and bowls, and small steamer baskets. It's what's in those steamer baskets what you want to especially shoot for. There will be several types of dainty hand made dumplings with various minced fillings. 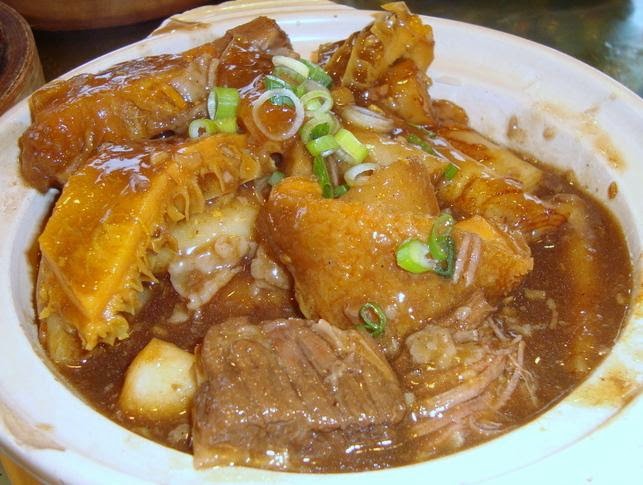 or a pile of  braised chicken feet drenched in a thick spicy sauce. (Shouting out to a friend who will only be mentioned as "Mr. MY". He's been a little timid about putting a foot in his mouth.) 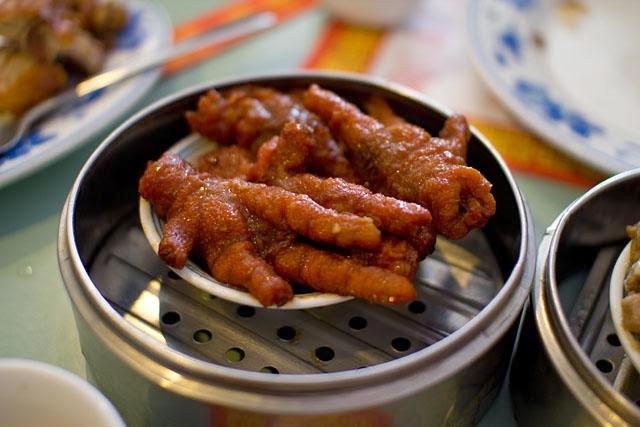 The list of things from which to choose can be huge. At the palatial China Doll, one erstwhile restaurant in Phoenix we liked, they even had a large side service where you went and fetched plates of roasted and barbecued meats and other delicacies. Even Congee. 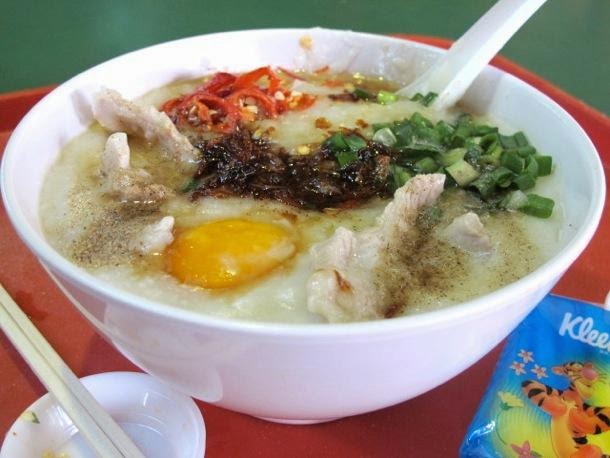 Congee is a piping hot bland rice porridge festooned/laced with whatever you choose from a variety of this-and-that. 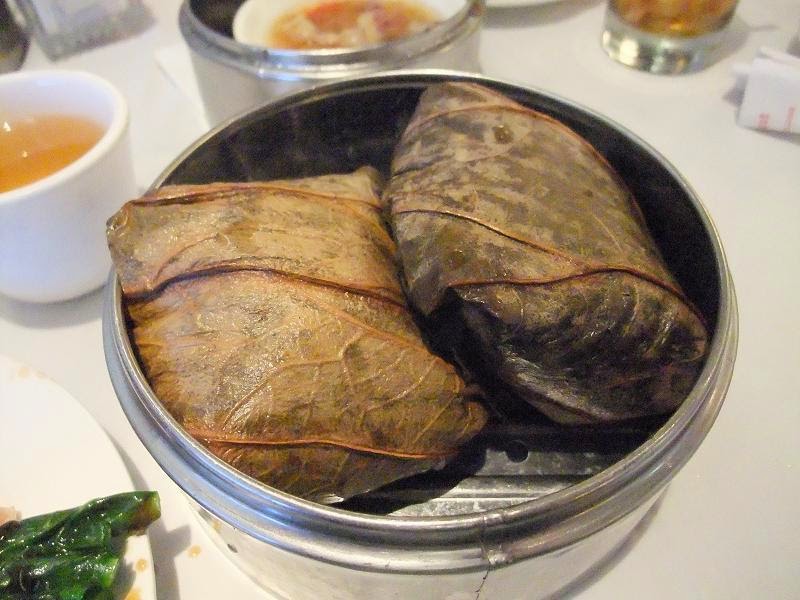 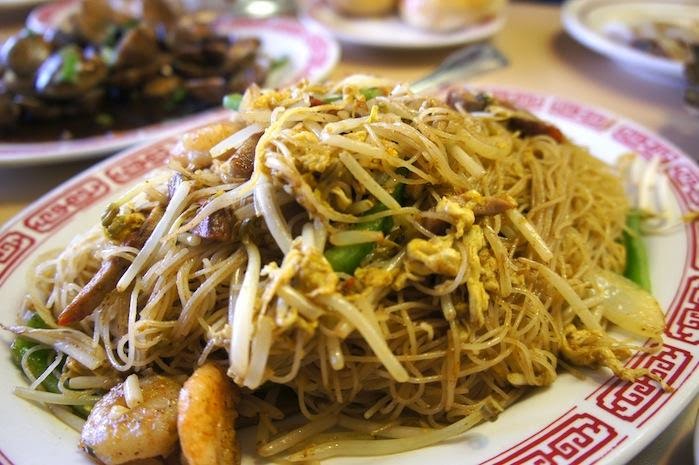 When you are seated (there could be a wait, like we said) you will have been given a small menu-looking sheet. Leave it on the table. The server will check off from that list whatever item(s) you have chosen. It'll be added up at the conclusion of your Dim Sum. Sometimes that list will be organized according to price tiers. Just watch out for large dishes of vegetables and fancy things like piles of clams or snails. Not super expensive, but pricey; and, as they say, things add up.

You might even want to order something from the main menu. We've done it after copying some of the cognoscenti at other tables. Usually a special noodle dish. Some restaurants will even have a special menu for such ordering at Dim Sum. If in doubt, order noodles.

And, if you have a favorite particular item, you can ask a waiter to bring it forthwith from the kitchen. Don't ask the food cart server. A waiter. But, ask nicely. It's a special trip.

So what about the tea? Ah, yes.

As a result of our excellent, but typically quick and dirty research we've discover it turns out Dim Sum literally means "Drink tea". The custom of eating snacks was folded in sometime during the long way to what we now know as Dim Sum.

Here's an enthusiastic, yet knowledgeable treatise on what tea choices you have for your Dim Sum. Oh, yes. After you've watched the video, you'll get the image hint at the top of this article. It's our favorite tea blend with Dim Sum. Go to a restaurant where you will indeed have a choice of teas. One of our recent favorites stopped offering a choice, and we haven't been back.

*Also, now you know from Dim Sum, don't tell us our title is redundant. Until you do know, it's not. The Cat prevails! When didn't he?
Posted by David D. Wronski at 7:50 AM No comments: