It's Springtime in Polonia.
The Sap is Flowing. 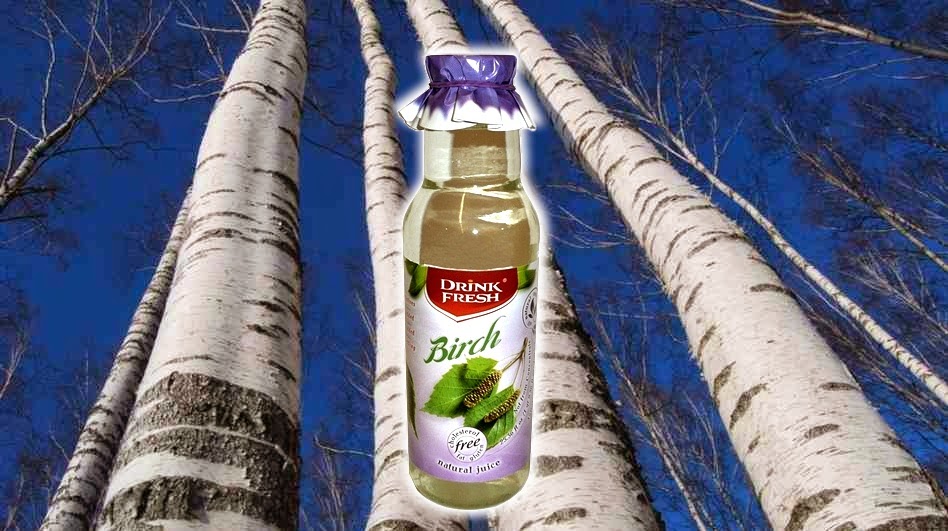 For centuries after Winter broke and during the few weeks beginning around mid-March my Polish ancestors traipsed into the birch forest to tap trees for collecting its magical sap. Birch Water. Birch Juice. Birch Blood. The lore is endless, as are the many claimed healthful properties. Think, purifying and rejuvinating.

A search on the subject yields quite a lot of information. Evidently, collecting and consuming Birch Water goes back quite a bit. In pre-Christian times the Birch Tree "The Tree of Life" was one of the most sacred trees and its sap was only to be used in ritual settings. After Christianity arrived the restriction eased over time, and now the slightly sweet/sour woody nectar is an everyday drink.

Health-wise, think of it as a tonic. There are enough claims made for its health benefits to turn into a doctoral thesis; which I am not about to do. Here's a paper you can read for the ethnobotanical skinny. And this one on Birch Folkways.

We found Birch Water at our local Polish store. Supposedly they sell it year round. $3.70 USD for a 750 ml bottle. Interestingly, word is that in Japan it can go as high as $70 for a liter!
Anyhow, it's good, and good for you. Get some yourself.

PS The inimitable Baron Ambrosia has, once again, raised the bar. In more ways than one (See below). He now produces a sparkling birch sap wine. If you dare . . . Here's a nice link to the full story.
Posted by David D. Wronski at 9:31 PM No comments: