Careful Not to Offend the Brussels Sprouts 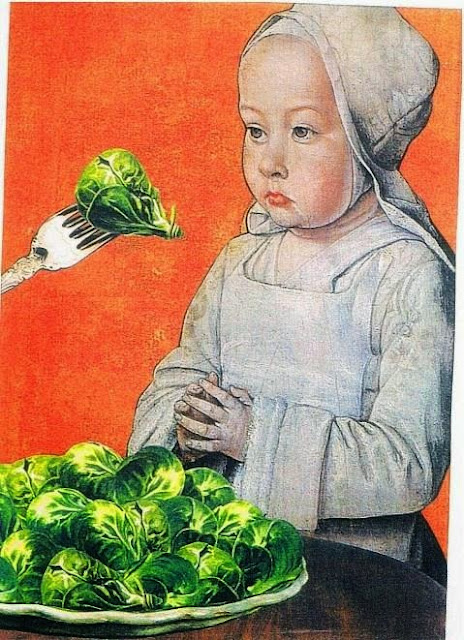 When our friend David Wronski was coming up in his errant youth he attended the top rated University of Detroit High School in Michigan. It is a Jesuit institution situated in what was then a neighborhood of predominantly Jewish families. As one of the ever irreverent Jesuit teachers put it, "The land of the Hebees and the Jebees." This mention is not just a clever bit to mildy shock. It turns out to be an important part of what will ultimately become — if you can hang on through it all — an excellent Brussels Sprouts recipe. And, suitable for Kosher cooks.


David spoke about his Biology classes in his senior year at his alma mater. Mr. Jim Lotze was his teacher there. As you may know the Jesuits are a teaching order. At that time Mr. Lotze was at the "Scholastic" level in his training toward the priesthood, and all Scholastics are addressed as "Mr." Well, Mr. Lotze (plain "Lotze" when we guys spoke of him) was not only an inspired and excellent teacher of science. Every day his students would show up for class and the blackboard(s) would be completely filled with amazing colored chalk drawings of what was being covered in that day's lecture.

Mr. Lotze also taught the Chemistry class. That class was held in a room with amphitheater style seating and multiple blackboards at the front, the kind that could be raised to reveal another chalkboard surface just behind. Now Mr. Lotze took full dramatic advantage of this system of blackboards and was fond of shooting one board quickly upward to reveal the new material behind. Boys being boys, one day someone secreted an obscenity behind one of his boards and the class got quite a laugh when Mr. Lotze stood there with a satisfied grin as he revealed with his usual flourish the amazing new information. The board came down just as quickly. 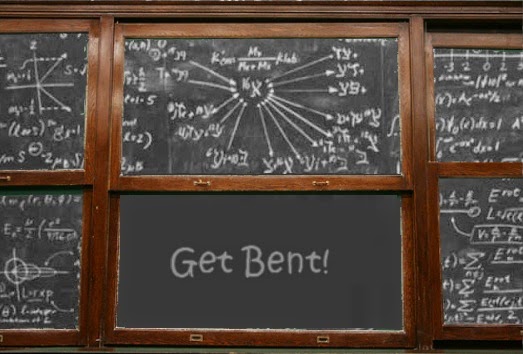 Mr. Lotze also shared from the breadth of his experience with his students; sometimes far afield of the core curriculum. David remembers during one Chemistry class session being engaged in a lively discussion on the question "What is Art?"; a conversation he (claims) continues to develop to this very day.  It was during the Biology course that David was exposed to Philosophy by way of Paleontology when Mr. Lotze recommended The Phenomenon of Man by Pierre Teilhard de Chardin, S.J.  You should know at the time de Chardin's works were severely criticized by the Catholic Church, some even banned. Those Jesuits! But, in recent times both Pope John Paul II and Pope Benedict XVI have spoken favorably.

The Wikipedia entry for The Phenomenon of Man calls it, "a sweeping account of the unfolding of the cosmos". Pope Benedict "praised Teilhard's idea of the universe as a 'living host'". The idea of a scale of consciousness embedded throughout creation in every blessed thing. Rocks, even. And a progress in evolution to a point of Oneness, de Chardin's "Omega Point". As the qoutes ascribed to Pierre Teilhard de Chardin following this will show, clearly they have stayed with our Mr. Wronski in his own development in this here God's Creation.

Huh, you ask? So what does this have to do with Brussels Sprouts?

Recently David came upon the first Brussels Sprouts of the season at a nearby Farmers Market. A traditional (usual?) recipe is to pair them with cooked chestnuts. For a big flavor boost, browned lardons of smoked cooked Polish bacon (Boczek Gotowany - Wedzony).

But, David also likes to cook vegetarian style dishes and it occurred to him that Tempeh (a fermented soybean food product, typically sold in 8 ounce packages) would be a good substitute for both the chestnuts and the bacon, texture-wise and flavor too. An idea he could also share with his Kosher cooking friends.

Regarding Tempeh, the late Marcella Hazan, in correspondence with David, made this blunt and direct comment: "Forget about tempeh, please."

The concern, however, owing to David's understanding of the nature of things in the cosmos — that there is consciousness in all things — was about shocking or offending those Brussels Sprouts by introducing such a non-traditional accompaniment as ... Tempeh.

It is a delicious alternative and here is the work-around for any fussiness from those easily offended Brussels Sprouts.

(One package of Tempeh is enough for four servings when used as an accompanying ingredient.)

First cut the Tempeh loaf in half at the middle, then slice each half (carefully) in half again from the edge to create thinnish slabs. Fry until golden brown on both sides in butter or a vegetable oil. Important: as soon as the tempeh sheets are browned douse them with a good tamari. (What is a "good" tamari? Peruse the aisles of any well stocked Jananese food store and you will see "good" tamari. It also costs more.) Cut the finished tempeh in cubes sized to your liking and combine with steamed buttered Brussels Sprouts. Whole, halved, or chiffonade. (The chiffonade style can also be prepared uncooked into a cole slaw type salad.)

As Mrs. Wronski used to say, "None the wiser." That is the people who are used to always having the chestnuts and bacon. Even the Brussels Sprouts themselves. Not to mention the Tempeh which the addition of Tamari should keep it from any fussing on account of the cultural affinity.

This little step of adding Tamari to browned Tempeh seems to produce a transformation which, to our palate anyway, competes with that bacon gold standard. If you have a hard time accepting this, then prepare the Tempeh as above and cut into thin strips to add to a spinach and mushroom salad. Oh, Boy! Umani!

Also, the recipe above is a "basis" recipe. You can add garlic and/or browned fresh bread crumbs to bring the fancy. 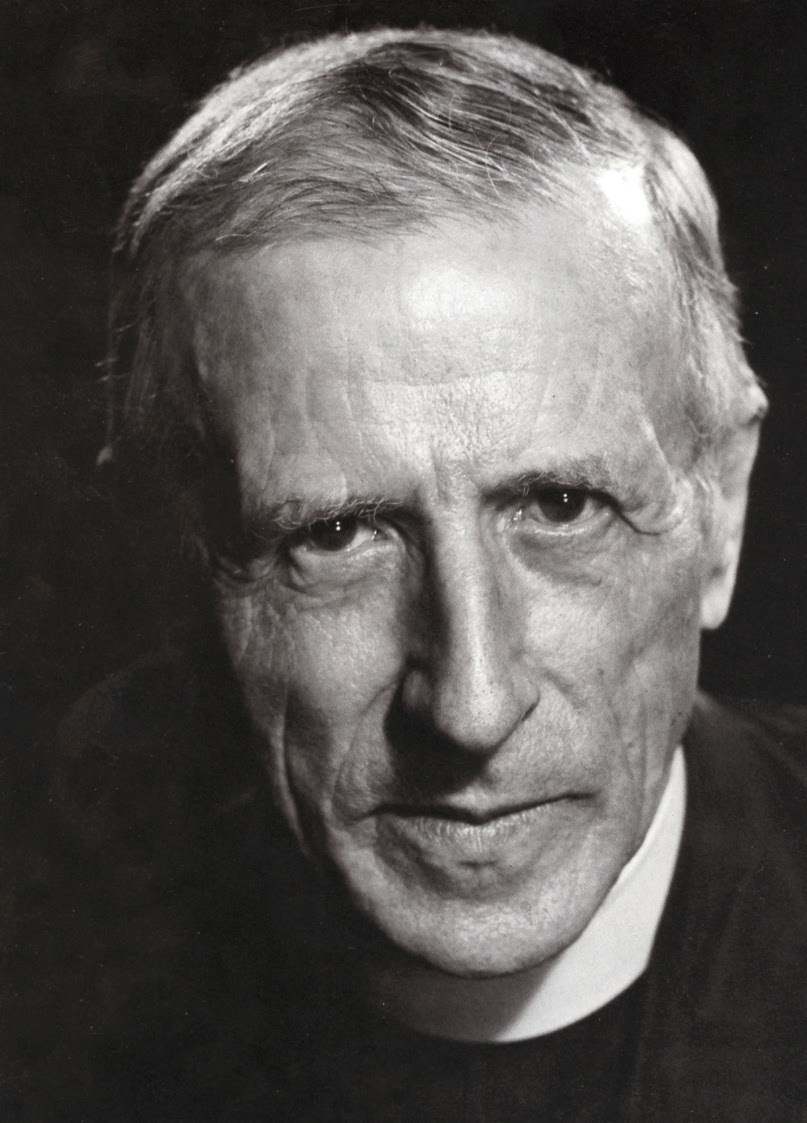 Someday, after mastering the winds, the waves, the tides and gravity, we shall harness for God the energies of love, and then, for a second time in the history of the world, man will have discovered fire.

We are one, after all, you and I, together we suffer, together exist and forever will recreate each other.

The most satisfying thing in life is to have been able to give a large part of one's self to others.


Love alone is capable of uniting living beings in such a way as to complete and fulfill them, for it alone takes them and joins them by what is deepest in themselves.

In the final analysis, the questions of why bad things happen to good people transmutes itself into some very different questions, no longer asking why something happened, but asking how we will respond, what we intend to do now that it happened.

Growing old is like being increasingly penalized for a crime you haven't committed.

The world is round so that friendship may encircle it.

Love is the affinity which links and draws together the elements of the world ... Love, in fact, is the agent of universal synthesis.

Love is a sacred reserve of energy; it is like the blood of spiritual evolution.

Driven by the forces of love, the fragments of the world seek each other so that the world may come to being.

It doesn't matter if the water is cold or warm if you're going to have to wade through it anyway.

It is our duty as men and women to proceed as though the limits of our abilities do not exist.

He that will believe only what he can fully comprehend must have a long head or a very short creed.

The universe as we know it is a joint product of the observer and the observed.

Our duty, as men and women, is to proceed as if limits to our ability did not exist. We are collaborators in creation.

Posted by David D. Wronski at 6:48 PM No comments: