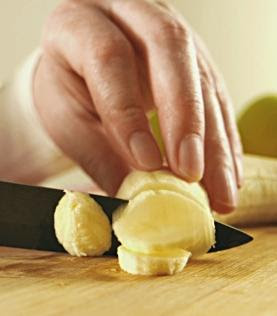 We watch the occasional cooking show. Currently Pati's Mexican Table is a fave.

Someone has been messing with her show. Probably, in their mind, improved things. Added some "production values". Just like what happened to Daisy Martinez and her original Daisy Cooks delightfully demonstrating the Puerto Rican Caribbean cuisine.

When Daisy moved to Food Network the art directors moved in to up those "production values". Daisy got a new kitchen, a new hairdo, a make over. And the original aesthetic was sophisticated-up for a wider audience. More gloss. The essence was lost.

Now we're seeing Pati with what seems to be a new format. She's still pretty much as before, just that someone has decided to zero in on every shot. Close. Up. CLOSE. UP. Not a bit appetizing.

We are not amused. There seems to be an aesthetic strain in the world of cooking shows where the camera is directed to get ever so close for a look. Especially when performing the most mundane tasks; like, peeling an onion. Hey! I think we got that one pretty good.

The only shows we appreciate the close ups are Nigella's and Giadda's. 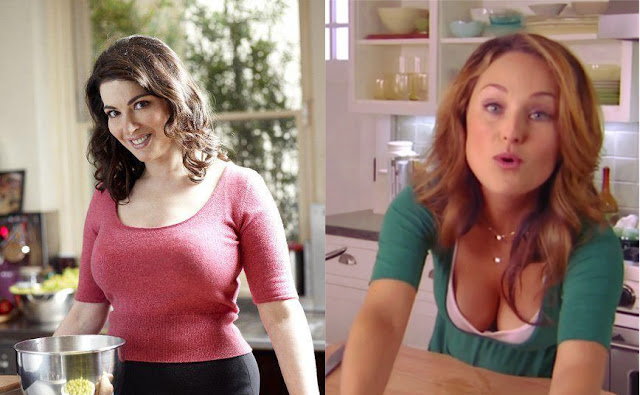 If you want to see it done right, see anything with Jacques Pepin.