Please Watch Your Language in the Kitchen 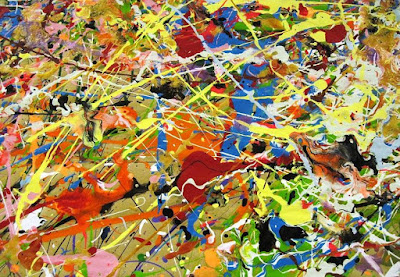 We think it's high time, now that your culinary borders are so all-encompassing, to also extend your vocabulary whilst in the kitchen.

There are myriad verbal options for the various chores even the average cook will do on an everyday basis.

This is not a new idea. Why ... Mario Batali is famous for his "Anointing" of things with Extra Virgin Olive Oil. Our heart throb Nigella Lawson is practically synonymous with flowery language in describing her methods. Sometimes, even saucy. Pun, and not pun, intended.

Take, for instance, pressing a crumb crust into a pie plate or square baking pan. From now on instead of "pressing" let's say we're "convincing". As in, convince the moist crumb crust evenly around the pan".

Now you don't have to peel potatoes, you coax them from their jackets.

That sauce you're seducing on the stove top for hours, be sure to titillate it every so often.

Why not compel those ingredients into the pot.

Roughly savage the vegetables for the stock.

Whip Cream wants to be thrilled.

Instead of "drizzle" why not to Jackson Pollock.

From the British TV show Posh Nosh we now annoy the vegetables instead of boiling.

Also from the latter, we embarrass our vegetables rather than peel.

Rembrandt a fire under the skillet.

That roast, disable it in its own jus.

Spank that Chicken Breast into a thin cutlet.

Terrify the potatoes in butter until golden brown.

Picasso the arrangement for your Antipasto.

Bring the pot to a self-bubble and lower the heat and undersell it until it develops an attitude.

Baffle the steak with Bearnaise Sauce.

Gather the salad ingredients into a bowl.

Van Gogh the mixture on the toasted rounds for a Goldilocks Crostini.

Here's a look at how it works in the real world ...